Let's face it, I haven’t always been a fan of Steve Harvey. As time goes by I’m actually warming up to the guy. Initially I though the whole “relationship advise” thing he was doing was just for marketing purposes. It probably is, but a lot of what he’s saying is common sense. Believe it or not, some men lack common sense when it comes to romantic relationships. I’ve witnessed men giving other men terrible advise on relationships. Here’s where you need a friend like Steve Harvey and not your homeboy you grew up with.

This thought was sparked when Steve Harvey had specific guests on his talk show. It was a couple. A woman seeking help because her boyfriend was a big flirt. It was clear that the man loved his woman, he just saw it as being harmless and not a big deal to flirt with other women. The male guest knew his actions weren’t appropriate. He also knew his woman, the one he plans on being with for a while, didn’t approve of his actions. However, none of that inspired him to change his ways. Eventually the female guest expressed to her flirtatious boyfriend that she wasn’t going to tolerate his senseless behavior and that she would be done with the relationship. This is where Steve Harvey chimes in to see where the guy stands in the relationship, to see if the guy really saw a future with the woman he was currently with.

Here’s the problem. A lot of men are getting bad advise from other stupid, senseless men. This tends to be an ongoing problem. There need to be more people, specifically men, giving better advise. Maybe then making better decisions when it comes to relationships will become the norm.

Tyrone from 3 blocks down is giving bad advise telling you to turn up. Instead, listen to the people with common sense. Get a friend like Steve Harvey who’s willing to tell the truth.

Love You,
indiaSheana
Posted by indiaSheana
Email ThisBlogThis!Share to TwitterShare to FacebookShare to Pinterest 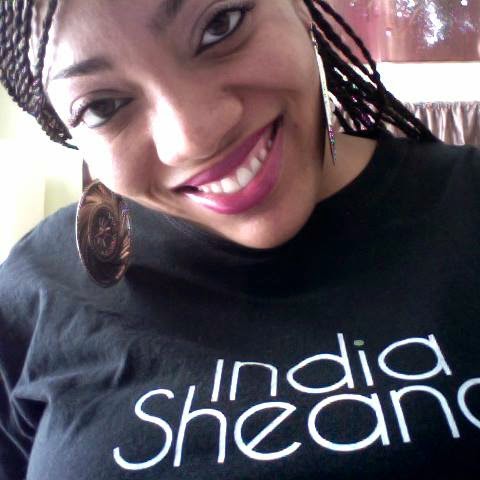